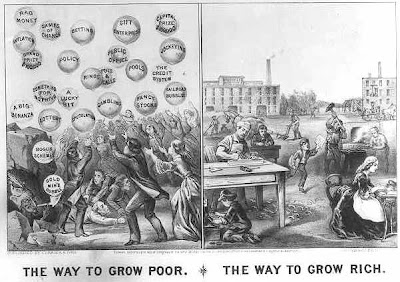 Thought we might need a little levity in these trying times, so I'm copying a very funny post that I read on a Yahoo board.... enjoy

"This stock market crash is worse than a divorce, I've lost half my money and I still have my wife"...

Pretty darn funny, to me anyhow.. thought you all could use a good chuckle to start your weekend off right..

Timeless truth. Here's another bit of levity: The Grapes of Wrath, 2008

All of the stuff we talked about is coming to pass.

I guess I thought the house prices would come down and I'd be able to buy one.

I was waiting and saving and investing.

Does anyone have a take on what this crisis will do to Marin home prices?

North Marin prices have been in distress for some time. Just look at Novato. Southern Marin is bound to decline over the next year or so. The downturn is finally hitting 6-7 figure incomes. Just look at the price reductions on $2-3 Mil houses over the last few months. It doesn't matter how much you bring them down by, they're just not selling, for the most part. Look at mortgage rates on the few that are issuing them - rates are going up, not down. The perfect storm is higher unemployment, higher mortgage rates, declining collateral. The only difference is a small minority has been discussing this for some time. Now, it is actually happening. It's not pretty but it is necessary.

I think Marin's greatest housing price declines are still ahead... that's right, I do.. $700+K for a 4BR home in Hamilton is about 250K too much, still... no doubt about that... I'm certain the market will revert to it's historic norm over the long haul, including here in Marin, and I'm hoping that will be within 3 years..

Another question to ask that Realtor friend who thinks housing is getting back on the launching pad is; "With the uncovering of the all fraudulent lending and failed mortgage products coupled with the massive, gigantic, humongous write-offs and ongoing implosion on Wall Street, what is going to drive housing prices back up again ? What's the torch this time if it was fraud and failed mortgage products that hyped the market before?

If healthy down payments and solid employment history and high FICO scores become the norm again (thank god), housing prices have only one way to go until we reach the historic equilibrium based on wages for the housing area in question… and, we ain't there yet... not by a long shot.. sorry to all those Realtor Carpetbaggers out there and Leslie “The Queen of Fraud and Hype” Appleton-Young…. What a lying sack she is..

Many Marinites are trapped in their POSs and probably a lot of them don't realize it yet.

"Many Marinites are trapped in their POSs and probably a lot of them don't realize it yet."

Absolutely! And when you think the bubble years were also record years for sales volume, that's a lot of buyers who won't be moving up, over or down. They are basically removed the pool of buyers for a long time to come.

I rent in a very nice San Anselmo neighborhood, and nothing has sold over the past few months. Asking prices are still nonsensical, but the difference now is there aren't qualified buyers willing to pay these prices.

I heard also that anything over the $729K GSE limit requires a 30% down payment in CA. Good luck with that.

Consider too that a segment of higher incomes in Marin (ie who actually work) are employed in the financial industry...just across the water. What happens in Wall St. will have a direct effect on these people and corresponding housing demand in certain zips.

"...the bubble years were also record years for sales volume, that's a lot of buyers who won't be moving up, over or down."

Right--they're either trapped, or they simply walked away. In either case, they won't buy anytime soon. I'd say the same for everyone whose future income is in jeopardy--which could be another huge hit on demand. The downside realities--and consumer reaction--will be particularly acute.

I was at Costco in Novato this aftenoon. Total mob scene there, but the rest of the shopping center's parking lot was practically empty...and this on a Sunday afternoon. I think the fear has spread to Marin, at long last.

I'd be curious to know what our good friends in the commercial real estate business have to say about ongoing market activity... check that, I wouldn't trust their self-serving comments either, so I'll continue to trust my gut as I see all the open commercial lease space available..

Is martial law a possibility?

Data quick numbers for Marin are out.. numbers listed are #sales in Sept, Median Price Sept 2008, Median Price Sept 2007, Percent Change from Sept 07 to Sept 08... For those that showed an increase, your time is coming.... or is it that those markets are hot, hot, hot??. better get in quick... yea, right.. Novato and San Rafael remain the bellweather for the rest of Marin, so watch out down south as the disease is spreading quickly.. Given these numbers, looks like Leslie Appleton-Young should end her life now..

I remember when the IJ would always publish the numbers for individual towns in Marin. They stopped doing that a while ago, I can only assume because the individual numbers got too ugly.

For towns where the median went up, keep in mind it just means the mix of houses sold (the few houses sold) skewed higher in price than the previous year. So, could be bigger houses, remodeled houses, houses in better neighborhoods, etc. It doesn't mean the price of an individual home went up in that town versus last year.

But for the county's median to be down 16% is just huge, especially since it was never supposed to happen in Marin. And only 212 sales for the entire county!! Ouch.