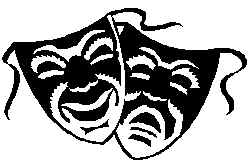 I'm glad to know that the Marin and California Associations of Realtors and various local real estate agencies have donated, after being matched by the county and the Marin Community Foundation, a total of $600,000 in financing towards housing affordability. Wow! It's too bad, as one reader pointed out, that amount won't even buy a barely refurbished garage in the boondocks of Marin (e.g., like this one). Still, something is better than nothing and I (not that what I think matters) am all for that. So kudos go out to them. However, it strikes me more as PR than anything else but maybe I am just being too cynical. But what can be done, really? Market forces are at work and it's market forces that are first and foremost out of whack (I include irresponsibly lax lending standards and probably an out of control Fed printing press in that as well).

But in addition to market forces (which are sometimes referred to as though they are like the "cold" and "soulless" forces of Nature but in fact are nothing more than human psychology in action) there is also the human representation of the market, and for all practical matters, real estate agents are the public face of the market; they are the interface between the buyer and the seller and so, in aggregate, they have a significant psychological influence over the behavior of the people who comprise the market (lenders are the other human face of the market and I am going to avoid going into that, but for a discussion of that industry I suggest you visit this blog). They are not just sales people; for many buyers and sellers real estate agents are viewed as The Experts, "human proxies" to the market, and so hold "the public trust"; for many they are their primary if not their only source of market information. Therefore, whether they like it or not real estate agents have a certain public responsibility which is conflicted by differing motivations. And therein lies a problem in my opinion -- they are both "the experts" and the sales people.

So what can we make of statements like "real estate only goes up", "buy now before you are priced out of the market", "they aren't making any more land", "houses aren't like stocks, people live in houses"*, etc., just to list of few of the more sensational statements?

Sales people do things like make exaggerated claims to make the sale; they emphasize the pros and downplay the cons. That's just the way it is and the way it has always been; it may not be the ideal, but we don't live in an ideal world. But it seems to me that a part of what it means to be "an expert" is to strive for a balance between discussion of the pros and cons and certainly avoidance of making irresponsibly one-sided statements (of which I am guilty, but then I don't profess to be an expert on anything either). I think real estate agents need to decide whether they are to represent themselves as experts or as sales people. I'm sure some agents do but I think the general perception is that many do not.

Experts, in my opinion, are more like "gas station owners" who don't say things like "better buy gas now before you are priced out of the gas market", "they aren't making any more petroleum so buy now", "gas isn't like stocks, people burn gas", "gas is always a great 'investment'", etc.

I know from personal experience that some real estate agents present themselves more like the experts that they are and are balanced, cautionary, and realistic in their statements to buyers and sellers. They are to be praised. They should be put in the spotlight, given a trophy, and showered with accolades. Three cheers to them as they are a credit to their industry. But unfortunately, some of the more publicly visible folks are not so candid. So is there a problem with wearing two hats -- the expert and the sales person? Should the real estate industry be regulated and held accountable in the same way that stock brokers and financial advisors are held accountable? I don't know; I'm just throwing it out there for public discussion. Personally, I think agents need to decide as a group whether they are going to be experts or just sales people and then let the nation know of their decision so that we can act accordingly.

That's just my opinion and so take it for what it's worth.

Anyway, getting back on to what was originally intended to be the general topic of this post (sorry) -- the social costs of this housing bubble -- here is an article from Bloomberg which indicates that Marin is not alone in having trouble dealing with its pitifully low affordability (and here).

The five-year real estate boom is straining the nation's largest homebuilding charity, slowing its pace of building in the U.S. and forcing it to abandon its ideal of home ownership in the most expensive cities, where it will rent condominiums instead. Soaring land prices have led to divisions within Habitat over its mission and accusations that it's focusing on upscale projects at the expense of basic homes for the poor.

"I call it Lottery for Humanity: A few nice houses for a few nice families,'' says Habitat founder Millard Fuller, 70, who started the Americus, Georgia-based charity in 1976.

Some condos that Habitat is building in California will be worth as much as $800,000. Lots in Minneapolis that cost the group $5,000 a few years ago now run as high as $50,000, according to Stephen Seidel, director of Habitat's urban programs. Karen Cleveland, head of the Northern Virginia branch, won't say what she paid for properties bought recently near Washington. ``It would upset people to know how much,'' she says.

Soaring property prices in the U.S. have exacerbated a shortage of adequate housing. In the 1990s the number of people living in crowded households, defined as more than one person to a room, grew by one-third to 6.1 million, the largest number since 1960, according to 2000 U.S. Census data.

Meanwhile, the median price of existing homes has jumped 47 percent since the end of 2001, reaching $218,000 in this year's third quarter, according to a Nov. 28 report by the National Association of Realtors. The Chicago-based group said housing affordability, which takes interest rates into account, touched a 14-year low.

*Since the inception of the Fed it is a truism to say that real estate always goes up, but that does not imply that one will always make a profit; real estate always goes up due to inflation. And why is there almost never any corollary statement about the additional carrying costs of real estate ownership (e.g., property taxes, insurance, interest payments, maintenance, etc.) and how that has to be factored in to the "housing always goes up" statement? And "supply vs. demand"? What demand? Are there now twice to three times as many people pressing to buy in Marin than there were three years or so ago? The majority of the demand has been speculator driven. Is that the sort of "demand" that realtors refer to when stating that prices in Marin are driven by supply and demand? I don't think so. Look at what happened to Japan, and in particular, Tokyo. There's a "glamour" city where buildable land is even more scarce (in fact, buildable land in pretty much all of Japan is scarce, so scarce in fact that they rely in large part on landfills) yet that fact did not stop their real estate market from tanking like 80% or so. So clearly "supply and demand" is not the whole story.
- December 14, 2005

I just thought of a title..."A Rambling Brief Essay By Marinite".

I think this piece pretty much encompasses what we might like to say in a letter to the IJ. By itself, the whole disparity between incomes (median or otherwise) and property prices merits the analysis this blog has undertaken. If Marin is no longer an attractive home to working professionals, how will that change the demographics--and future of Marin as a "special" community? Communities best function when its residents are not financially stressed, where there is adequate civic infrastructure and flourishing ideas and talent. In a future Marin, where many aspiring professionals have left for a more reasonable way of life, what will remain? New wealth, and those retirees holding out to the twilight of their lives?

I'd say this blog has presented more useful information than all IJ real estate articles combined. That possibly might be why it's caught that newspaper's attention. Judging from my experience, I haven't seen a balance viewpoint consistently entertained by this paper. It won't hurt to write a response, but I suspect they'll control the flow of information to suit their vested interests.

And that is exactly why blogs such as these are so useful--they represent the possibilities of unimpeded information.

With respect to real estate agents as 'experts' vs. self-serving salespeople, check out Steven D. Levitt's absolutely brilliant book "Freakonomics." Among other fascinating observations and analyses, Levitt mines data from thousands of real estate transactions, and draws the (not at all surprising) conclusion that agents do a much better job of selling their own homes than their clients' properties. Basically, agents accept lower bids for properties when working on behalf of a client than they would ever accept were they selling their own home. Oh, the almighty commission...

Once a realtor told me that she was not selling real estate per se. She was selling "American dreams" . I am curious to know whether she realizes that some of the dreams would potentially become nightmares if buyers who have poor credits use risky loans.