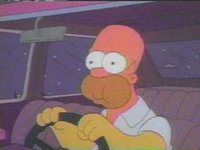 This Barron's article caught my attention because it is the first one that I have seen recently that actually mentions the Kubler-Ross Sequence of Emotions as applied to the housing bubble. In any event, people are holding their breath and waiting to see what the Spring brings.

[R]ealtors are already thinking of spring. That, as everyone knows, is prime home-buying season, which starts in about six weeks. Because the spring home-buying season could be a good barometer of how residential real estate -- a pillar of the current economic recovery -- performs for some time to come.


Despite Thursday's report of stronger-than-expected 2.276 million housing starts in January, we've seen clear signs of weakness after an unprecedented, nearly decadelong boom. Last week, The Wall Street Journal reported sharp increases in inventories of unsold homes in many cities (see "Finding a House Gets Easier," Feb. 8). Luxury home builder Toll Brothers disclosed a 29% drop in orders for new homes in the first quarter, while another big builder, KB Home, also reported declining orders, amid signs of what it called "softening" demand. Toll Brothers' stock price is now about half of what it was at its all-time peak last summer.

So, everybody's asking whether real estate's glory days are over, and if so, what's next?

But I must admit I'm worried that we might see more than just corrections (10% or so) in some areas. And so are several experts and real-estate professionals with whom I've spoken this week. And we may get some sense of how deep a correction we'll have sooner than we think. "This is a watershed moment," says Jonathan Miller, president and chief executive officer of Miller Samuel, a large New York real-estate appraisal firm. "If we're going to see trouble, it's going to be over the next 12 to 18 months."

In fact, the spring home-buying season may well be a harbinger of things to come.

We've already passed stage one, characterized by "a falloff in new sales and orders," says Rosen, and are just entering stage two, in which unsold inventories build up. That may be where the crunch begins. "If inventories keep rising, the pressure on sellers to cut prices will be intense," says Zandi.

At some point they [speculators] can no longer carry a money-losing investment, so they may throw in the towel and unload their once-promising albatross. That's stage three, says Rosen, and it usually finishes about three years from the beginning of the downturn.

The final phase is when we see massive defaults or delinquencies on mortgage loans. That's several years away, he says, and this time the damage could be worse because of the large number of exotic loans giddy lenders extended to desperate home buyers (see Barron's, "Coming Home to Roost," Feb. 13).

"... are just entering stage two, in which unsold inventories build up."

I've noticed local inventories have picked up since late January, but is this simply a seasonal cycle?

what is the exotic loan risk for Marin? Do you have the % of I/O loans for the last couple years? That may give a good indicator of where a lot of the new inventory pile up is going to come from.