"Biggest Crook in Marin County" Wanted To Be An Appraiser 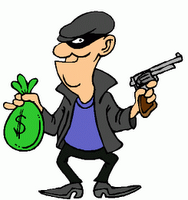 I just thought this was interesting. I wonder if it is really different this time in Marin:

Nancy Isles Nation reports in the Marin Independent Journal, our local newspaper, that a man convicted of embezzlement whilst the owner of San Rafael based Woodson Co, a mortgage guaranty company, is seeking to have himself declared “rehabilitated in order to gain a Real Estate Appraisers licence.

In his quest to clear his name Michael Woodson, the one-time investment whiz asked a San Francisco judge to postpone a hearing so that he may respond to objections filed by the Marin District Attorney’s Office. In opposing the certification of Woodson’s rehabilitation, District Attorney Ed Berberian said many residents of Marin were victimized. Woodson served time in Marin County jail and later in a State Prison for violating the terms of his probation.

“Many thousands, if not millions, of dollars were diverted by his activities,” Berberian said. “We don’t see, based on the way he presented his request, that he shows any signs of real rehabilitation.”

Woodson yesterday said accusations made by the district attorney are false. “They really want to shame me again,” Woodson said. “I don’t get it. The case is 22 years old, everybody has gotten their money back, I’m living in the community - they are making me out to be the biggest crook in Marin County.”

Woodson was a high-profile investment adviser with political connections in the White House, who declared his Woodson Co. bankrupt in 1984. Some 2,000 investors had pumped $70 million into the company before it collapsed, and Woodson was charged with 867 counts of fraud and embezzlement.

Prosecutors charged that, as the company faltered, Woodson padded the stated value of property and siphoned new investors’ money to pay earlier investors. Woodson admitted he shifted money from one investor group to another but said he did so only in hopes of selling the company and paying everyone off.

I wondered what happened to this guy. I went to high school with his daughters in the mid 80s when this whole thing blew up. I even went to a party at his place (thrown by said offspring) on Bay Way (towards Peacock Gap in SR) where all the rich kids were doing blow.

Don't you miss the 80s? Such a simple time of drugs and embezzlement. And big hair.