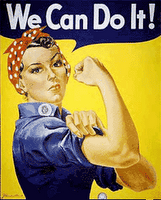 Confess the Truth week wouldn't be complete without the NAR's contribution:

For the first time in more than a decade, home prices could start to fall around the country in coming months, the National Association of Realtors said yesterday [July 25, 2006]. David Lereah, NAR's chief economist, said he expects prices to start "deteriorating"...

The new figures provide deeper evidence that the nation's housing market is undergoing a jarring transition from a seller's to a buyer's market.

Ron Peltier, CEO of HomeServices of America, added, "There is a delayed reaction on the part of sellers to accept the new reality."

Ron Peltier, CEO of HomeServices of America, added, "There is a delayed reaction on the part of sellers to accept the new reality."

Finally the truth is being told!! The psychology of this market is going to turn things around. I am committed to not buying until this happens.

...and his credibility with it!

I still can't believe people bought into this...right on the heels of the dot-bomb.

The Mess Greenspan Made blog eloquently answers your observation:

Man is by nature a poor investor. He seeks comfort in the company of others, preferring to stay with the herd regardless of the consequences, rather than thinking independently and taking on the risk of being wrong alone.

Trends spanning years or decades go on much longer than many would imagine, simply because public opinion becomes entrenched - current conditions, despite their preposterous nature when viewed in hindsight, become accepted wisdom.

In other words it's ok to be wrong about an investment as long as everyone else is wrong too or at least if your closest relations are wrong.

"..He seeks comfort in the company of others, preferring to stay with the herd regardless of the consequences"

It will be worse than the dot.com bust because of the extreme leverage involved. And the money drain goes on until someone buys your house.

OH! they something you like and all of a sudden they are truthsayers... just a few months ago weren't they part of a mafia ring?

I love days like this, I can leave all my windows and doors open and a nice breeze is in everyone room of my house.

lisa,the lenders will be taking as many houses as buyers will,or more.is it time for buttons that say "any realtor can?"

Hey Tom: Absolutely, the banks will be taking houses, but I think with the new bankruptcy laws, it won't be so easy for homeowners to walk away from the debt. Especially HELOC's. I wonder how many recent buyers don't have one of these second mortgages?? Just wait 'til this scenario starts to gain traction in the mainstream, that not only is a house not a guaranteed money maker, but it's a financial noose.

Actually, when someone with a vested interest speaks against that interest it is significant. I fully expect David Lereah to cheerlead real estate - but it is a massive insight to see him infer that the market is deteriorating.

You do understand this don't you? It's called 'capitulation' and it is a classic (or perhaps, The Classic) indicator of a bubble bursting.

To err is human.

To embrace stupidity is divine (if I profit from it).

Go forth, Fredtobik, and invest!!!!

hi lisa,you and i know that even if it is a nonrecourse loan you get a 1099 and a loveletter from the IRS,but most people,including realtors,think you can walk away...two points 1) only purchase money loans are non recourse 2)if there was ANY fraudulent part of your loan application,no bankruptcy.a majority of stated income loans (liars loans) made in the last few years will have discrepancies beteen the loan app and thw 4506...i see a lot of people who won't be able to make their payments,or sell their home for enough to cover the note(s).i am already seeing some short sales on 2004 properties in santa rosa...so i expect lots of foreclosures,short sales and bk's.

We have changed from a sellers market to a severe buyers market the past year. We have so many sellers that are upside down due to refinancing. The first 17 years in real estate, I only had 2 sellers bring money to closing. Now it is happening monthly. I'm getting to be an expert on short sales.

I am going to assume that you are again not being serious and playing devil's advocate here and so I'll play along. The significant fact here is not that they are saying what I and many bubble bloggers have been saying for a year or more, it's the fact that they are making a 180 deg turn in their rhetoric. It's not about agreement or 'saying something that I like' or anything as vain and shallow as that. It's called "capitulation" (but I admit it is still too early to know for sure that that is what it in fact is in this case)-- it has been repeatedly observed in other investment markets (and the RE market has become by and large an investment market) that when the bulls "throw in the towel", "capitulate", the end has come and you better fasten your seatbelts for a tough ride down.

If you actually have something to contribute, then please do so.

Sorry Marinite, I wasn't serious. My contribution is that Marin is awesome, and I love living here. lol