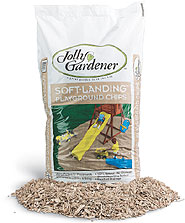 I still don't really know what is meant by a "soft landing" other than it sounds a lot better than a "hard landing" or a "crash landing". But if this is even a little accurate it seems that the odds of a "soft landing" (whatever it may be) are small:

The hope of investors that the economy will gently ease into a soft landing is based more on myth than reality. Although the vast majority of economists and strategists are forecasting a soft landing rather than a recession, the fact is that soft landings have rarely happened in the past 50 years, and the consensus of economists has never accurately forecast a single recession. In addition every recession has been preceded by a bear market.

Over the last 50 years the Fed has made three or more consecutive tightening moves 11 times including the current period. Of the prior 10 times, 8 have led to recessions and 9 to bear markets. The only true soft landing occurred following the tightening series of 1994, and, of course, this is the template that analysts like to use as a comparison to the current period. The only other instance where the economy did not fall into recession following a series of tightenings was in 1966, which was a close call. In that instance, however, the Dow plunged by 27%, hardly a soft landing for investors in the market.

Significantly, in 9 of the 10 tightening periods the spread between the long-term Treasury rate and the t-bill yield narrowed to under 50 basis points. Once again, the exception was 1994, the one instance that was not followed by a bear market or recession. Therefore, in all 9 instances where the Fed tightened and the yield spread dropped below 50 basis points, a bear market followed—and 8 times a recession occurred as well. In the current period the Fed has hiked rates 17 straight times and the rate spread between long treasuries and t-bills has dropped below 50 basis points.

It seems that before every recession economists and strategists ignore the strong evidence to the contrary and trot out the “soft landing” thesis as if this has been the norm. Hoping for a soft landing and pause in Fed rate hikes, investors are now cheering any indication of economic weakness. Judging by history, however, a soft landing appears to be merely the short window that occurs between the peak of an economic expansion and the subsequent recession. We see no reason why the outcome should be any different this time around. The current economic expansion is already one of the longer ones on record and is looking long in the tooth. If anything, other forward-looking indicators such as high energy prices, a weakening housing picture and global monetary tightening make an oncoming recession and bear market even more probable. While anything is possible in both the market and the economy, it seems to us that the odds against a soft landing are extremely steep.