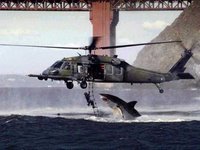 Ah, meds are wonderful! But keep that Zombiestra away from me; Prozac is good enough. LOL!

I am surprised by the flood of email by people who depend in some measure on this blog; I had no idea. I seem to have unintentionally stumbled on to responsibility and I'm not sure what to do about it.

People, there are better housing bubble blogs out there (go look at the listing in the right-hand column of this blog). And so I think the following email quotes are a little misguided...flattering to be sure, but misguided all the same:
For some folks it seems that even their mental well-being is somehow yoked to this blog if not just to know that they are not alone in thinking this housing market is insane but also to help offset deep depression and even avoid marital discord (sorry, but I won't quote some of the stuff I was sent on this topic as it is way too personal even though it would be totally anonymous). I don't know how to respond to that other than to say 'yep, you are not alone, I assure you'. You are right, the housing market is broken and has been allowed to grow out of control to preposterous levels and I'd even go so far as to say irresponsible levels. (Check out this Marin POS.) All the self-justifications and rationalizations by real estate professionals to the contrary are nothing more than a sick attempt to justify the absurdity of it all and to try and keep it going for as long as absolutely possible as most of them have a financial stake in seeing it continue no matter how disastrous the eventual outcome may be.

Other people who wrote in are clearly using this blog as a means to make money from real estate; mostly from the collapse I'd wager; trying to time the bottom. Although I cannot prohibit you from visiting this site, I can say that you are not entirely welcome here unless you are here to reconsider your ways. I've made the argument before on this blog that houses are places to live in, to raise families in, the building blocks of community, etc., not get-rich-quick investments or a source of funding for some lavish retirement, or shouldn't be, and I assure you that that topic will be revisited here again in the future.

So I seem to have inadvertently acquired an elusive, eclectic entourage and a responsibility to boot. LOL! Ok, "Uncle!", comments are turned back on.

As this turned into something of a rant, I feel obliged to reward your tolerance with this (of dubious credibility, I must admit) -- The Mortgage Broker Association of Responsible Lending. Sounds good, huh? If it is legitimate (and I hope that it is), then it is rather encouraging:

The Mortgage Broker Association for Responsible Lending (MBARL) is a trade association that represents the real estate finance industry, an industry that employs more than 400,000 professionals throughout the country.

By investigating the pros and cons of certain loan programs for both the prime and sub prime markets we are an advocacy group protecting consumers and the loan industry by outlandish and counter productive loan programs. Sometimes these loan programs are highly marketed to minorities, seniors and low income individuals, which to our organization is highly frowned upon.

From their "Mission Statement":

The Mortgage Broker Association for Responsible Lending’s mission is to promote better loan programs from banks and lenders to better serve the community. Currently this will be accomplished though meeting and communicating with regulatory boards and bank representatives to end the practice of stated income loans. We see stated income loans as an open invitation to commit fraud, and we believe that these types of loans must stop now!

From their "Facts" page (note the part at the end specific to the Bay Area):

Data Collected by the Mortgage Brokers Association for Responsible Lending

ii Observed by The Center for Responsible Lending.

vi Study through The Center for Responsible Lending (CRL), which analyzed Loan performance data on March 22, 2006

My name is Steven Krystofiak, President of the Mortgage Brokers Association for Responsible Lending. www.mbarl.org I have a letter in a word document form that highlights the risks of the current loan industry unrealized by regulators and economists alike, mainly due to stated income loans.
Email me at contact@mbarl.org if you want me to send you a copy.

Yea, you're back and better than ever!

i'm a loan broker,and those figures are truly frightening.i will also state that without the insane practices of the lenders we would never have seen a bubble this big.i do not excuse the shysters in my own field...and would happily bring the feathers if you bring the tar.however,it will,as usual,be a few small timers who go to prison,while the important folks walk.i hope mbarl is for real,it is too little too late,but i'm joining anyway.

glad to have you back. you're one of my bookmark bar favs. a lot of us love to read what you have to say whether we live in Marin or not.

I too love your site. I live in Grants Pass, Oregon and I find this site totally relevant to both Marin, Grants Pass and the whole country! Please and thank you for continuing the great work you do.

The mortgage industry has too many "professionals" that want to be in the industry for 1-2 years. These people have nothing to loose with these bad loans.
If the country/ state made it as hard to be a loan officer as it is to currently be a stock broker then we would have more professionals who would not commit fraud, and less fly by night loan consultants. Mortgage brokers would do everything they can do to keep their license if they worked their @$$ off for it. This would also be great for consumers because then a loan officer would not gauge as many points out of a customer as possible, because he/ she would be in the industry for the long haul, and that mentality does not work for the long haul. Getting 3-4 points per customer for a loan does work for recent high school grads/ ex drug dealers who can talk on the phone. Did anybody else hear a couple years back that Ameriquest was recruiting new and used car salesmen to peddle their loans?

I'm so glad the blog is BACK. I'm a big fan of Ben Jones, but as a Marin resident, I love the localized focus here. It feels like the lone voice of sanity. The boom here has been so strong, and people are so vested in it, that it's the giant elephant in the room that everyone is desperately trying to ignore.

One of my friends, a broker in Sonoma, says her office is handling several short sales. And that's just one office...

Glad to see you back, and astute as ever. It's the combination, see, of excellent local info and witty writing that makes this blog a great addition to the bubble-o-sphere.